The clock struck 2017 a month and a half ago, but it wasn’t until last week that I saw it for what it was: a great opportunity to survey the state of my own collection, compare it to general market trends, and point my compass in a direction that adds more diversity to my watch box. I’ve followed my gut for the past few years in this hobby, gravitating towards brands and styles that I felt were beautiful, high quality, and relatively attainable. The end result of “following my gut,” however, is pretty one-dimensional if I take an honest assessment of my collection.

I unabashedly love sports watches from the 1960’s, but I think I’ve hit a point where I can’t go much deeper with the brands that I’ve come to know inside and out (Heuer, Omega, Tudor, and UG). I suppose I could continue to seek out every 2447 Carrera variation, or I could attempt to find ever-earlier Speedmaster iterations. But is that pushing the boundaries of my knowledge and taste as a collector? It’s hard to argue that it would.

So after 200 words, we’re back to the beginning again. Where do I go from here? Luckily for me and unluckily for my bank account, I have a few ideas – and it should be fun to come back to this random musing on January 1, 2018 to see how faithful I was to the plan.

[Cut to a picture of me sobbing in a pile of 2447 Carreras and straight-lug Speedmasters as my wife packs the last of her bags].

I’ve been a huge fan of Universal Geneve from the beginning, and before I fell in love with the Nina Rindt Compax or the “Evil Clapton,” it was the original Tri-Compaxes from the 1940’s that caught my eye. When paired with a nice vintage-style strap, the chronographs from this era are timeless and suitable in a variety of situations. For their beauty, however, there are some notable drawbacks that have kept me away – most principally, durability. The ratio of re-dials to original dials is high, and for those who are picky about condition, the wait for an attractive example with matching lume on the hands and dial can be interminable. Additionally, one of the benefits of collecting 1960’s-era watches is the depth of knowledge and resources that can help a newbie build substantial knowledge in a short period of time. Comparatively, the 1940’s and 1950’s have more gray areas than not, and while they’re romantic to think about on the wrist, reality can be a little harsher if patience and knowledge aren’t applied in equal parts. If I’m able to add even one of these to the watch box in 2017, I’d consider it a successful year. I guess I technically already have a military issued watch (my Canadian Tudor MilSub), but for the purposes of this exercise, let’s agree to rule out MilSubs. I’m not willing to sell my entire collection in order to grab a Rolex MilSub, and I’m not exactly counting on another Tudor MilSub to fall from the sky. So what’s left? A lot, in fact. Early military-spec watches were time-only, but were beautifully legible and had luminous material that’s often aged nicely (though it was commonly reapplied due to the rough lives military watches often lived). In the 1950’s and 1960’s, chronographs and dive watches became much more common, and while these watches won’t win horological awards for their finishing or construction, the knowledge that they were built for abuse makes them even more intriguing. There’s a wide variance in price and rarity with military watches, but I have one particular candidate in-mind: the IWC Mk 11 (if you’re unfamiliar, read about their awesome history right here). I’m not a big fan of modern IWC, but there’s little I can dispute about the Mk 11’s execution and in my opinion, it’s the most beautiful military watch ever made. 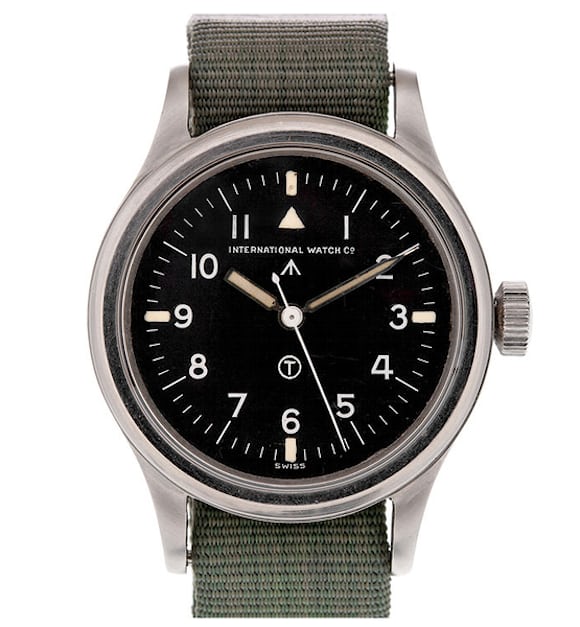 This final category is the longest shot of them all, and would likely take something truly momentous (both emotionally and financially) to spur the purchase. Part of my aversion to new watches is the fact that anyone with money can walk into a boutique and buy them. Sure, they’re still special and carry their own significance to the owners. But the “thrill of the hunt” doesn’t exist in modern watches for me, and if I’m being totally transparent, I think I’m addicted to that thrill in equal measure with the actual watches themselves. There are a couple modern watchmakers, however, that carry themselves in the right way and communicate a true sense of style with each release. Nomos is one of those brands in the more affordable price strata (I’m proud to own the Zurich Weltzeit True Blue), and in the heavyweight division, F.P. Journe stands above the rest for me. One can argue the merits of A. Lange & Sohne versus Vacheron Constantin versus Patek Phillipe, but to me, Journe distances itself through its definitive style. Strip away all branding, and any offering from Journe is still immediately recognizable. The double-barreled, gorgeously finished manual wind movements, the off-center sub-dials, and the blend of unique materials used to create each piece – to me, they’re all perfection.

Before I say the final reason that I could see myself buying a Journe in 2017, let’s agree that we’re all in the trust tree here, okay? Because saying the following sentence to someone who isn’t obsessed with watches is likely to end with you being judged hard. Okay – the final reason, is the reasonable price tag of the Chronometre Bleu. I’ve loved the Bleu from the second I tried it on in a boutique, and they can routinely be found for $18-20,000. Hardly an insignificant purchase, but when you consider the tantalum case, double-barreled / immaculately finished solid gold movement, and completely unique dial, I think it’s the single best sub-$20,000 value in the watch world. I’m going to keep buying 1960’s sports watches because it’s my favorite era and in my opinion, produced some of the most iconic watches ever made. But variety is the spice of life and my collection could definitely use a bit more of it. 2017 still has ten months to go, so it’s time to walk the walk and diversify my nightly searches and educational forays. Hopefully the odds are ever in my favor.